Radio orienteering is a timed racing sport that combines orienteering and amateur radio. The formal name of this sport is amateur radio direction finding (ARDF). The highest governing body for ARDF is the International Amateur Radio Union.

During radio orienteering, individual contestants use a detailed topographic map, a magnetic compass, and a radio direction-finding apparatus. They must quickly navigate through the terrain and locate three or more (depending on the classification) low power radio transmitters.

The transmitters are not marked on the map; the contestants must use their apparatus to find them. The radio direction finding apparatus they carry includes a radio receiver, an attenuator, and a directional antenna. For practical reasons, the most popular design is the one where all these parts are integrated into one fairly small handheld device.

Radio orienteering developed in northern and eastern Europe in the 1950s. 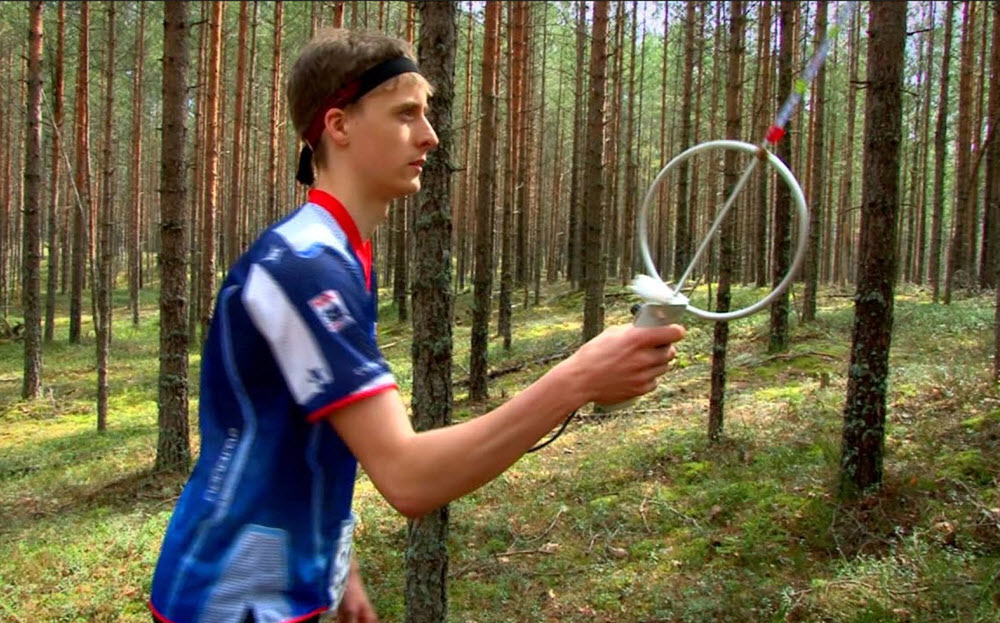 Just as with normal orienteering, the typical terrain for radio orienteering is diverse woodland.

ARDF events use radio frequencies on either the 2-meter or 80-meter amateur radio bands. These two bands are available to ham radio operators all over the world.

It is possible to purchase commercially available ARDF equipment, but building ones own equipment from various components is fairly common in the world of radio orienteering. Published designs and special kits are available.

The highest governing body for ARDF is the International Amateur Radio Union (IARU) and the rules for the sport are maintained by the IARU Region I ARDF Working Group.