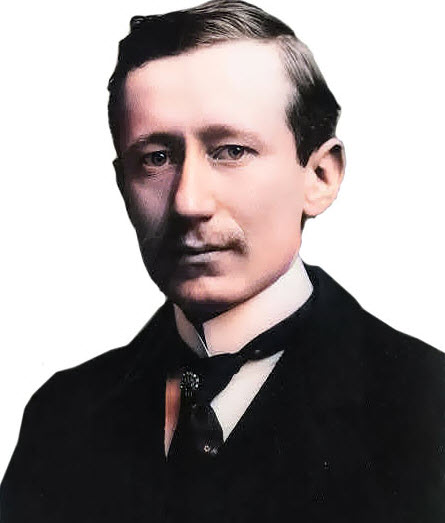 In the 1890s, the Italian inventor Guglielmo Marconi created the practical radio wave-based wireless telegraph system, which is why he is known as the inventor of radio. In 1909, Marconi and Karl Ferdinand Braun shared the Nobel Prize in Physics in recognition of their contributions to the development of wireless telegraphy.

In addition to being an inventor, Marconi was a skilled entrepreneur businessman, and in 1897 he founded The Wireless Telegraph & Signal Company.

All these events set the stage for the development of both commercial, public and amateur radio.

In the late 1800s, amateurs were setting up their own wired (not radio) interconnected telegraph systems, and these pioneers can be seen as forerunners to the amateur radio community.

Following Marconi´s breakthrough with “Hertzian waves”, ordinary people began experimenting with this new type of communication technology – which was then commonly referred to as “wireless telegraphy”. By the early 20th century, it was possible to get your hands on published instructions for DIY simple wireless radio sets. One early example is from 1901, when the November issue of Amateur Work included instructions for how to build a simple system based on Hertz´s early experiments.

Wireless telegraphy was a hot subject that attracted inquisitive and experimental minds around the world, including many people in the United States. By 1904, two 8th graders in Boston had built their own transmitter and receiver with a range of eight miles, and in 1906 two teenagers on Rhode Island set up a wireless station in a chicken coop.

In the United States, experimenters and amateurs could purchase a commercial produced wireless telegraphy transmitter-receiver system from 1905, and the first amateur radio club – The Wireless Telegraph Club of Columbia University – was established in 1908.

By 1910, amateur radio had become so popular that several thousand transmitters existed in the United States, and the community began experiencing problems with radio interference – both accidental and malicious. In short, the amateurs sometimes caused problems for the commercial and military radio systems.

Partly, the problems were due to amateurs utilizing very crude spark transmitters that would send signals across a wide part of the radio spectrum. With the Radio Act of 1912, private stations were limited to wavelengths of 200 meters or shorter, i.e. 1500 kHz or higher. At the time, these “short wave frequencies” were considered quite useless. As a result, the number of amateur radio hobbyists dropped sharply in the United States. The Radio Act of 1912 also marked the beginning of the U.S. licensing system for amateur radio operators.

Soon, several other countries followed in suit and imposed restrictions similar to the U.S. ones.

The 1920s – a time of increased international connections

In 1921, amateur radio operators in the United States issued a challenge to their counterparts in the United Kingdom to receive radio contacts across the Atlantic. It didn´t take long before UK radio amateurs began picking up US transmissions, and in December 1922 a UK amateur was heard in the US.

The first International Radiotelegraph Conference took place in Washington, DC, USA in 1927-1928. At the conference, a treaty was signed that established radio callsign prefixes and the standard international amateur radio bands of 80/75, 40, 20, and 10 meters. 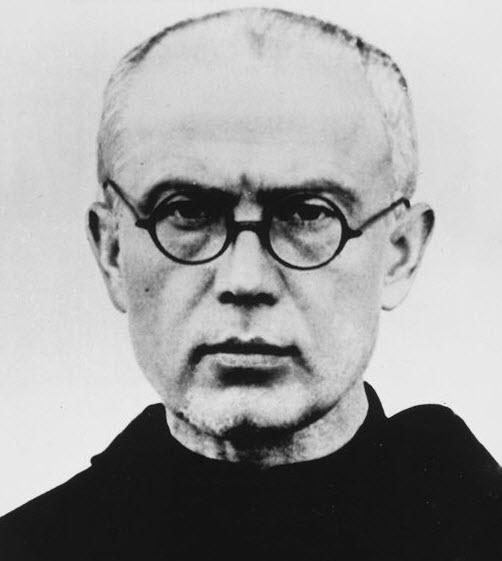 Just as during WWI, amateur radio was viewed with suspicion by the authorities during WWII. One notable example is Nazi-occupied Poland, where the Catholic priest and Conventual Franciscan friar Maksymilian Kolbe, SP3RN was arrested by the Nazis who suspected that his amateur radio operations were involved in espionage against Germany. He was killed in Auschwitz in 1941, after volunteering to die in place of a man who had a wife and children. In 1982, Kolbe was canonzied by Pope John Paul II as Saint Maximilian Kolbe. He is the Patron Saint of Amateur radio operators.

On the other side of the Atlantic, WWII prompted the United States Congress to ban all amateur radio operations. At the insistance of the American Radio Relay League, the U.S. government established the War Emergency Radio Service (WERS) in 1942 – a civil defense service. WERS was to provide communication in connection with disasters and air raid protection. Only individuals who held an Amateur radio license could obtain permission to participate in WERS. The WERS licenses were issued to communities, not to each individual, and by the end of 1944, approximately 5,000 radio transmitters operated under the 250 granted community licenses. After the war, WERS was replaced by the Radio Amateur Civil Emergency Service (RACES).

The amateur radio hobby bounced back again when the war ended, and many war surplus radios were converted for amateur civilian use by ham operators. In the United Startes, quite a few AN/ARC-5 Command Radio Sets from U.S. Navy aircrafts ended up in the amateur community.

In 1947, the international rules were changed and the amateur radio operators where banned from the uppermost 300 kHz segment of the world allocation of the 10 meter band band, from 29.700 MHz to 30.000 MHz.

In both the 20th and 21st century, amateur radio operators have proven useful in times of war and disaster.

One example from the later half of the 20th century is the Falklands War. In 1982, Argentine forces had seized control of the phones and radio network in the Falkland Islands and cut off communications with Great Britian. Ham radio operators Bob McLeod and Tony Pole-Evans was able to realy crucial information from the Falkland Islands to their fellow ham operator Les Hamilton (GM3ITN) in Scotland, who then passed it on to the British military intelligence in London. The information included details concerning bombing raids, radar bases, troop deployment, and other military activities.

Another example is from 1999, when amateur radio operators in public shelters on the Balkan peninsula exchanged information with each other during the NATO bombings.

In China, amateur radio operators proved valuable during the aftermath of the 2008 Sichuan earthquake, which measured 8.0 Ms (7.9 Mw). Among other things, the earthquake damaged all the highways into Wenchuan county, which delayed the arrival of rescue troops from the outside. Mobile and terrestrial telecommunication were cut to affected and surrounding areas, including all internet capabilities to the Sichuan area. The Chinese government then restored the telecommunications piece by piece over a number of months. For China Mobile, over 2,300 base stations were suspended due to electricity disruptions and telecommunication traffic congestion, China Unicom´s service in Wenchuan and four nearby counties was cut off and over 700 of their towers were suspended.