A DX-pedition is an amateur radio expedition to a remote, exotic or otherwise noteworthy location – typically one that have no or very few active ham radio operators. DX is telegraphic shorthand for “distance” or “distant”.

For many participants in DX-peditions, contacting as many different countries and/or ham radio operators as possible during the expedition is an essential element of the quest. 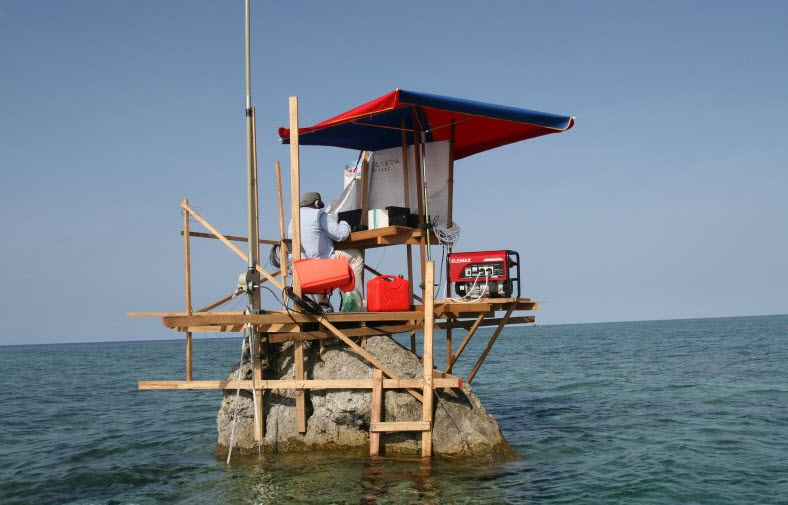 Several amateur radio organizations give out awards to those who fulfil certain contact requirements, and this can be a driving force behind DX-peditions. One renowned example is the DX Century Club (DXCC) award, sponsored by the American Radio Relay League (ARRL). The base level for this award involves contacting and confirming 100 distinct geographical entities, as defined by the ARRL.

Examples of well-known DX-peditions that took place in the 21st century: 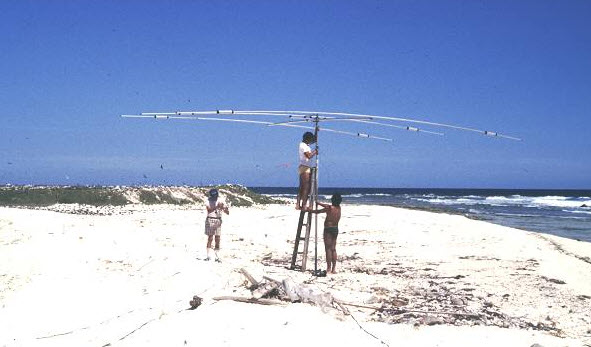 The DX-peditions developed out of the explorations and expeditions which brought along radio operators as a way of having access to long-distance communications. During these adventures, the operators would communicate with ham radio operators far away who managed to pick up their transmissions. The Antarctic expeditions helmed by Admiral Richard Byrd is a famous example, and so is the 1924 South Pacific voyage of the schooner Kaimiloa. Onboard the Kaimiloa was an amateur radio operator who kept in touch with experimental radio operators in the United States and sent them QSL cards to confirm reception.

World War II put a damper on ham radio operations, but soon after the end of the war expeditions started again, such as the 1948 Gatti-Hallicrafters expedition in Africa, where the expedition party included amateur radio operators Bill Snyder (W0LHS) and Bob Leo (W6PBV). Another notable expedition from this era is Thor Heyerdahl’s 1947 Kon-Tiki voyage, which used the call-sign LI2B for the journey across the Pacific Ocean from South America to the Polynesian islands.

The development of more dedicated DX-expeditions where radio communications was the main thing was pinoeered by Robert W. Denniston (call-sign WØDX), who served as president of the American Radio Relay League (ARRL) in 1966-1972. In 1948, he arranged an influential DX-pedition to the Bahamas, which used the call-sign VP7NG. Inspired by the Kon-Tiki voyage, the expedition was called Gon-Waki.

Overcoming challenges is often an essential aspect of DX-expeditions, although DX-peditions are available at various levels of difficult. It is for instance easier to operate from a location where there is ample access to housing and electrical power, and where obtaining the required permits isn´t very complicated.

Examples of countries where it is notoriously difficult to obtain the required permissions for amateur radio expeditions are North Korea and Yemen.

For some locales around the world, it is not just difficult to obtain a ham radio permit – you will need special permission to even be there. This is for instance true for locales that are restricted to protect the delicate wildlife or for military reasons.

Another set of tricky locales are the ones that are rather inaccessibel or come with inclement wheater conditions. You might for instance need to arrange your own private transport by boat or air, and then hike a substantial distance on foot, carrying all your equipment and supplies. Getting to the desired locale and using radio equipment there can be both time-consuming, tiring, expensive, and risky – but for many participants that is a part of the appeal, and they also don´t mind sleeping in tents in freezing conditions or transmitting from a coral atoll that becomes nearly completely submerged at high tide.